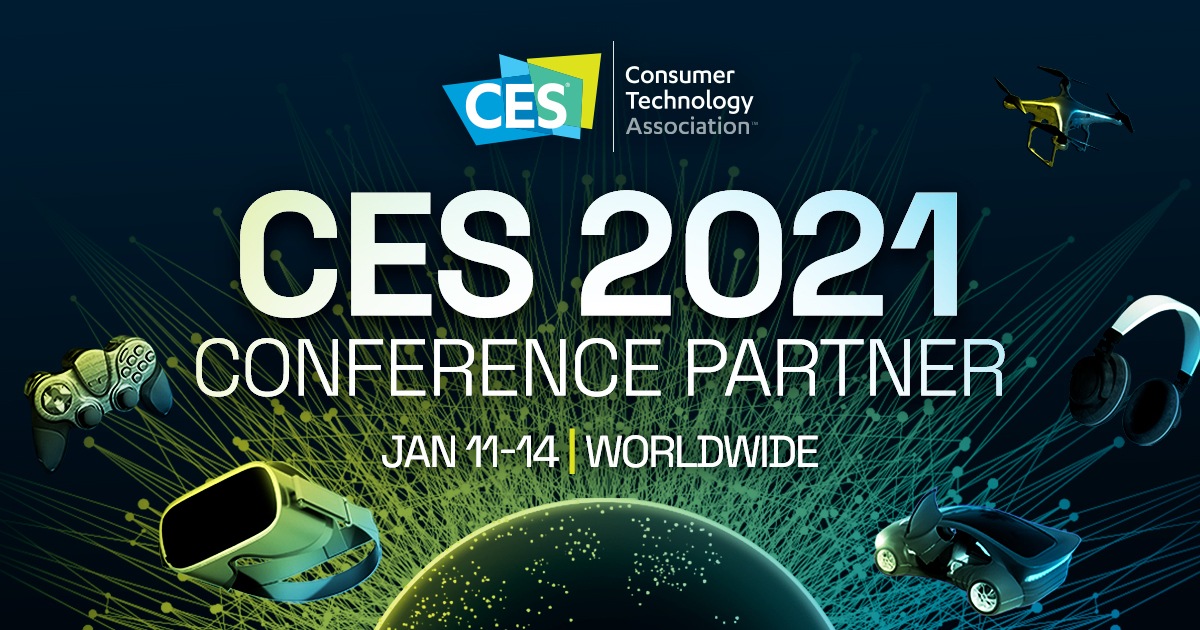 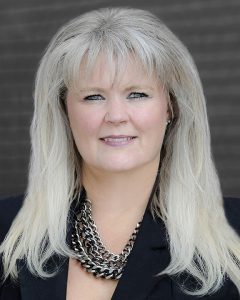 Kimberley founded WāVv over 15 years ago.  WāVv is a strategic consulting company specializing in the transfer of commercialized technology from one industry and implementing it in another. Industries of focus are Aerospace, Defence, & Security, Energy, Tech, Military, Mining.

Kimberley is the founder and creator of CONVERGX® – the first and only annual 2.5 day global congress that creates cross-sector investment and business development opportunities in the aforementioned industries. ConvergX® gives you access to pre-vetted, qualified leaders, who have agreed to communicate directly with you.

Most recently, Kimberley’s efforts have taken her to NATO HQ, NORAD & NORTHCOM, she has been appointed to the NATO Industrial Advisory Group (NIAG), awarded the Game Changer Award by Universal Women’s Network, awarded one of the Top 20 women in Defence in Canada by Esprit de Corps Magazine, and most recently is part of the Governor General’s Canadian Leadership Conference (GGCLC) for 2020/2021.

Her work continues beyond her current efforts in a variety of philanthropic endeavors & associations. Kimberley also is a proud wife, Mum of a 7yr old boy, a Pilot and Divemaster Diver. 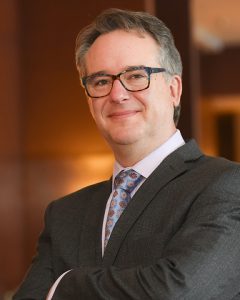 Brad enjoys working with teams to deliver innovative solutions from diverse ideas. He supports the growth of local and global companies to partner with innovative small & medium businesses in creating commercial opportunities. Having served in executive leadership positions for companies such as GE, HP, CGI, and WāVv / ConvergX®, that experience provides for strong competence in the areas of security, intelligence, government relations, energy, defence, aerospace and technology sectors.

His drive to accelerate shared solutions for common problems relies on diversification and attraction of industries and investment. Engaging with his clients to access those new supply chains is the cornerstone of his approach.

His entrepreneurial mindset fosters team collaboration and experimentation to deliver solutions. None of that could be accomplished without the support of the many government, professional, and personal networks as well as membership in industry associations at home and abroad.

Brad received his degree in Sports Medicine from the University of North Texas before moving back home to Calgary. He currently serves in volunteer positions and as a strategic advisor to a variety of companies and philanthropic organizations.

Dr. Donna A. Dulo is a mathematician and computer scientist who specializes in aviation and space systems software safety and security. She is also a legal writer in the field of drone law. She spent 32 years in the Dept. of Defense in both military and civilian capacities. She is currently at Sofia University where she has served as a program chair and a director, where she developed the computer science program. Her book on drone law, published by the American Bar Association is a top selling law and technology book. She also publishes extensively in drone law and aviation technology. She has graduate degrees from the US Naval War College, The US Naval Postgraduate School, Embry-Riddle Aeronautical University, City University, and the Monterey College of Law. Donna lives in Monterey, CA. 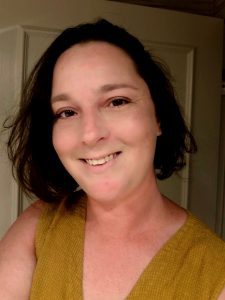 La Salla spent much of her free time in high school working in her aviation engineer dad’s super precision toolanddie machine shop in the Chicago area. After studying CAD Design in college, La Salla gained fifteen years experience in software engineering (including five years as a Federal government employee) while teaching herself to program in an additional 9 languages. She’s worked on a wide range of technically unusual products including fabrication application development, industrial printing, and more conventional app development and app security.
Since being at the helm of Astral AR, La Salla and her company have won numerous awards including the 2018 Audience Choice Award at Google NYC’s Women Startup Challenge, and named as a Top 25 Venture by the SheEO foundation. La Salla has also served as a Tech Panelist at Harvard’s Undergraduate Women’s Intercollegiate Business Convention at Harvard Science Center. For the last two years La Salla’s team’s peerreviewed papers have been accepted and presented at IEEE’s yearly Global Humanitarian Technology Conference.

La Salla’s work with Astral AR has been featured by BBC News, CNN, Fast Company, Forbes, Inc., and others and her social media handle is Open Sorceress. 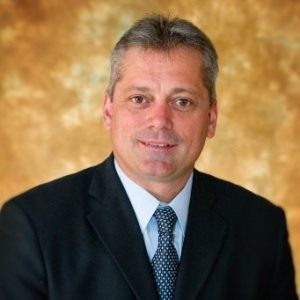 Brigadier-General (ret.) Sylvain ‘Sly’ Bedard is career Air Force officer of 28 years. He served at NORAD, NATO and the UN in several peace and war operations, from the Air and on the ground: Afghanistan, Sinai, Persian Gulf, Bosnia-Hercegovina, and as Commander of NORAD Alaska Region. Sylvain was also Aide-de-Camp to The Governor General of Canada and Military Advisor to the Minister of National Defence. Since leaving the military, he held the position of EVP Transparency and Engagement at the National Energy Board and now leads Global Government Sales of BRP Inc. Products. Audrey Billingsley specializes in consulting and teaching steps in doing business with the government for small businesses and non-profits in the IT, Firearms, and Sports Industries, including how to search for discretionary grants and government contracts. 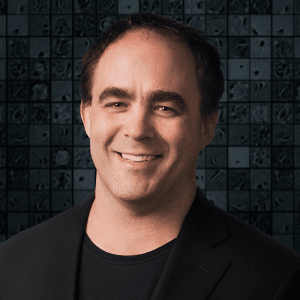 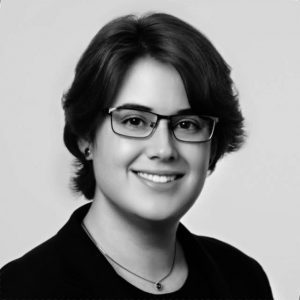 Mr. Fournier is presently the Director General Innovation for the Assistant Deputy Minister (Science & Technology). He is a Scientific Advisor to the Department of National Defence and to the Canadian Armed Forces. His role is to ensure that the Canadian Armed Forces/Department of National Defence (CAF/DND) have access to the most cutting-edge solutions for their challenges from Canadian Innovators.

Eric began his career with Defence Research & Development Canada (DRDC) as a Defence Scientist in the Flight Mechanics Group of the Precision Weapons Section at the Valcartier laboratory in August 1992. He spent most of his scientific career in that establishment, where he held a number of positions in the Weapons field of study.

In 2014, Mr. Fournier took up the position of Defence R&D Counsellor at CDLS (London) where he was responsible for liaison in defence Science and Technology between Canada and the United Kingdom, Germany, Netherlands, Sweden, Norway and Denmark.

Upon returning to Canada in July 2017, he was appointed DG Innovation, and also selected to develop and lead the implementation of the Innovation for Defence Excellence and Security (IDEaS) initiative.

Geordie co-founded D­-Wave, the world’s first quantum computing company, Kindred (acquired by Ocado), the world’s first robotics company to use reinforcement learning in a production environment, and Sanctuary, a mission driven company attempting to build artificial general intelligence. He has sold quantum computers and robots that learn to Google, NASA, Lockheed Martin, The Gap, and several US government agencies. D-Wave and Kindred were both ranked by MIT Technology Review among the top 50 smartest companies in the world, in 2014 and 2017 respectively.

Geordie has spoken at TED and a range of other high profile events, has received coverage from The Economist, The New York Times, Wired, MIT Tech Review, Science and Nature Magazines, and in February 2014 a D-Wave quantum processor was featured on the cover of Time Magazine. A Harvard Business School case study was written on D-Wave in 2003.

He received a PhD in theoretical physics from the University of British Columbia in 2000. He is an inventor on 53 granted US patents and a co­-author on a large number of published scientific articles, including two Nature papers, more than a dozen PRLs and PRBs, two NIPS and one ACML paper. He was named the 2011 Canadian Innovator of the Year, was named to Foreign Policy Magazine’s 100 Leading Global Thinkers of 2013, won the 2014 Canadian Technology Leader award, has won two Canadian national wrestling championships and is a member of the McMaster University Hall of Fame.

Formerly of Core Scientific, Genesis Mining and others, Minehan has spent ten years building up cryptocurrency mining infrastructure for multiple countries and companies; writing mining and management software; and contributing to the design and implementation of various proof-of-work algorithms. Now an advisor and independent consultant for America’s top technology companies on advancements in the fields of AI and Blockchain, Minehan spends her free time lecturing on the nuances of the mining industry and the hidden optimizations available at each part of the stack. She serves as Chief Product Officer for Ernst Leitz Labs, a Leica Camera subsidiary working on computational imaging technologies; and the CTO for NEM Symbol, a hybrid blockchain built for enterprise needs.